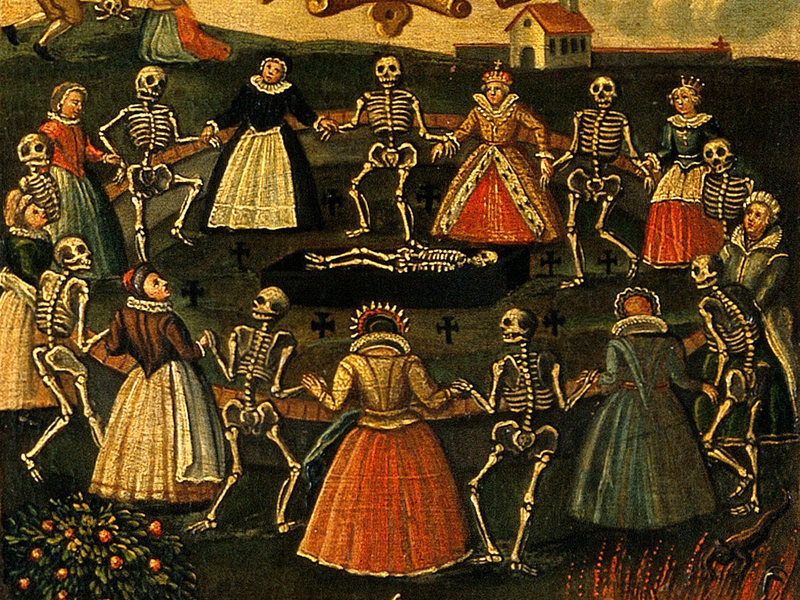 Setting: very late at night at the Black Pistol Inn
Some hours earlier Roger and his young minstrel friend Claude heard performances by local bards and poets. They are only patrons left in the tavern. Roger is finishing up a page of lyrics.

“Roger, what are you writing? You seemed to be in a trance during the last performance.”

“Well… ze Night Lord’s Feast eez coming up, an’ I’ve been tinking about someting new. Zat bard wis ze story of heez dead parent inspire me. I have dis music in my ‘ead a long time and now I ‘ave ze story to go wis it… an’… Violá!”

The tavern is deathly quiet as Claude reads the Black Bard’s latest composition. Upon finishing it young Claude looks ashen and speaks hesitantly.

“My friend… I know you have a… shall we say… darker sense of things than I have… but this… this is the darkest piece I’ve ever read. I think I want to cry.”

“Eef ze piece move you, zen I am pleased.”

“But… why do you want me to feel sad? I thought you cared for me.”

“Oh, oh, oh”, laughed the Black Bard, “Oh, but I absolutely do! Perhaps you need to see ze deeper meaning of zis story. Tell me what you see.”

“I see it opens with a reference to a king and his soldiers on a quest, or conquest, to unite various countries. They all die, whether they were good or bad, and are laid into their graves.”

“And the refrain is about a dance they do, the Danse Macabre. What does that mean?”

“Then there’s a bishop and his Templars who fight against heretics, apparently with some success.”

“And do the Dance of Death too.”

“Then you write of a cruel and heartless merchant who dies and then his widow uses his wealth to make amends to all the people he wronged in life.”

“They both do the… Dance of Death.”

“Then there’s a peasant woman who is always afraid, but pretends to have a happy life.”

“Roger, this is a horrible song! I don’t understand!”

Young Claude takes a moment to gather strength, and continues.

“You have a hungry beggar who gets sick and dies alone in a pile of debris. No one notices he’s died and he doesn’t receive any funeral rites. His spirit… can’t be free…”

“He too dances the Dance of Death.”

“You have a happy innocent child drown in a river… and…”

Young Claude’s eyes begin to well up again, his face wet with streaming tears as he reads the last stanza again.

“But… this song says that nothing matters! It says it doesn’t matter who you are or what you do, we all die in the end. I don’t understand. Are you saying… nothing matters in life at all?”

Young Claude composes himself, wiping his eyes and looking intently at the tearstained page.

The Black Bard smiled cryptically, quietly proud of his young music friend as if he could see the wheels turning inside the younger bard’s head.

“Ohh… maybe it means, we are all the same in one way, no matter what position we hold in this life.”

“Maybe we could all be a little kinder to each other, while we still live and breathe?”

“I’m moved, yes, but I think I’ll enjoy the one about the Mother Pheasant Plucker a little better. 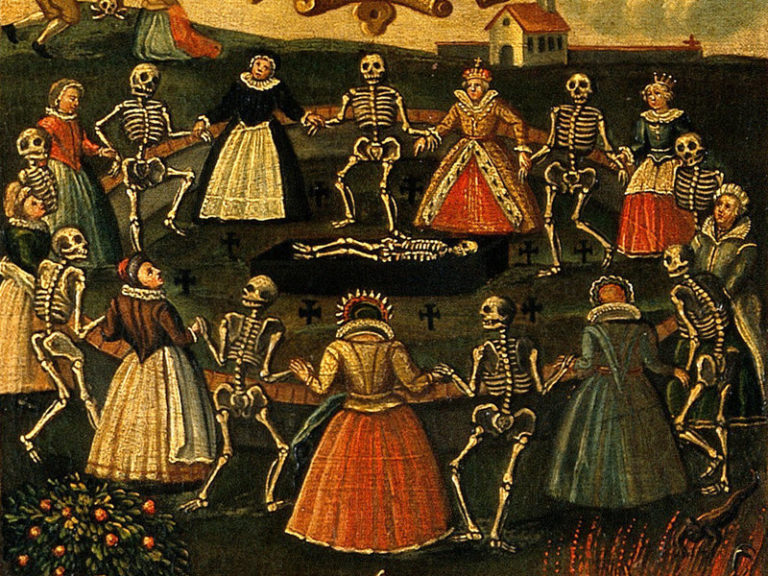