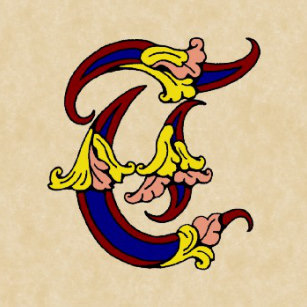 The Highwayman and the Quill

The bells struck twelve as former Highwayman Bastione Montcorbier agonizes over a small drop of blue ink. To compound the problem he realizes his wrist has smeared it over the last stanza. He spears the quill back into the pot in frustration.

In moments the boy arrived with a handful of them. “This be enough Maestro?”

Bastione regards his assistant with a smile. “Quite enough monsieur.”

Had Bastione been half as decent as the boy before him he would’ve never struggled those years in Cappacione. If he’d had a patient and tolerant teacher what could he have accomplished? He was exhausted and a tremendous yawn escaped his lips. Bastione wiped the ink from his wrist, through away the ruined manuscript and started fresh.

“Since you’re here, Lev. Would you mind going to the bar for me? I’m falling asleep without something to chew.”

Lev sped from the room and seemed to float on air. Bastione, for his part turned his attention back to his work. Taking up a rule he traced several staves, and clefs onto the parchment on his desk. He rinsed his quill and, dipped it in red ink and with painfully slow movements began a new illuminated manuscript. If his father could see him now. A far cry from the life the two led well into Bastione’s thirtieth year.

“Discovery…” It was a subject that intrigued the Cappacione Bard, in another life he would’ve liked to have been one of those people who dig up old castles, and find pottery. But for now, the man is content with his work. He fought back another yawn and slapped his face. “A single stanza before bed…”

His first letter T was absolutely beautiful. Well balanced, steady, bright. If he kept it up the whole manuscript would be stunning. The quill snapped in his fingers.

He tossed away his second quill of the late evening. Luckily the break wasn’t a catastrophe. The page remained unmarred.

He pulled another feather from his desk, drew a small pocket knife and began to shape it. His fingers were built for playing strings, the delicate task of calligraphy was still foreign to them.

It was then that Lev burst through the door causing Bastione’s knife to hack the feather in half.

“Tue moi maintenant!” Bastione tossed the halves on the ground.

“I brought the cakes. You look like you could use two.”

Bastione took his cake and began eating. “Whenever you’re ready.”

Lev took a seat on the floor, Bastione joined him.

“I can make something up,” Lev offered.

“In the land of Cappacione there lived a man who by his birthright roamed the less traveled roads, robbing those he came across. It was said the man was a gentleman in all but title and that he had always made an effort to demand his tax without bloodshed. It happened one day that a poor wanderer crossed the gentleman’s path.

“Stand and deliver!” the highwayman commanded. He drew a pistol and leveled it plain at the beggar.

“Please sir, I haven’t two copper to rub together and I’m awfully tired. Surely you can let me pass?”

The gentleman approached the old man, with his pistol still aimed. “If you have no coin to pay my tax, how do you expect to cross my path? Turn around and come back with coin.”

The old man looked surprised at the demand. “Sir, I have heard you are a gentleman of the road, that you are fair, and shed no blood in your acquisitions. The man I see before me seems a brigand. Are you not the man I have heard of?”

The highwayman lowered his pistol and smiled. “Look sir. If I let you pass untaxed, words gets around that anyone dressed in rags can travel my roads without compensating me. You see the position that puts me in.”

“It’s your reputation that concerns you? You must be feared, as the cutthroat that sails the seas from Hestralia?”

“Well I have no coin but if you must charge me, will you take this?” The beggar pointed at his temple and tapped.”

“I am poor in coin but rich in wisdom. If you must charge me for my passage I will pay with that.”

“What wisdom do you offer? I know how to live off the land, hunt, shoot, rob and speak with annunciation. I know how to ride horses, and I know the location of every cave within twenty miles. I ask again, what wisdom can you offer?”

“I know the secret of immortality.”

The highwayman laughed. “And you can teach me that secret?”

“I can. It is more valuable than any coin, don’t you agree?”

The old man reached for the feather in his cap, plucked it held it to the sun. “It’s a fine feather, isn’t it?”

“Do you see the lichen, growing on that tree there?”

“Will you start making sense, sir? No, I didn’t notice the lichen.”

The old man walked to the tree, gathered a handful of the vegetation and peeled bark from its trunk. He placed the lichen inside and then, began to micturate into it.

“Let it ferment. I’ve given you the secret to immortality. An ink and quill.”

“Then accompany me to the next village and I will teach you the alphabet.”

“I can think of no better protection than a man who can hunt, ride a horse, fire a pistol and knows every cave within twenty miles. Shall we?”

Lev nodded as if to bow and noticed that Bastione’s head drooped at his chest. The Maestro had fallen fast asleep…

One Reply to “The Highwayman and the Quill”