Wolfgang von Heidrich, first of his name, earned his house when a single act saved both Verunheim and the Fafnir line from destruction. A particularly difficult bandit issue had plagued the land, lead by a so-called “bandit king”. Finally able to pin him into one spot to be forced into battle and defeated, the Fafnir Blood Dragons, an elite force lead by the Herzog Aldrin von Fafnir, vacated their capital of Verunheim to hurry to the attack.

Wolfgang, sensing something amiss just as battle joined, suddenly quit the field without orders and hurried from the battle with his soldiers. There he discovered the capital under attack by elves, and hurried into the city to relieve the beleaguered defenders. He battled the elves throughout the night to his last man, one of the only survivors after being nearly overpowered by their unusual strength and speed. When the Herzog returned from the field and saw what had happened, with his city in shock but intact, Aldrin recognized Wolfgang’s triumph, though it was thought that the broken man would not survive his injuries. Days later, Wolfgang awoke as a hero and a noble.

Given freedom to develop his line, Wolfgang von Heidrich’s unusually keen intellect and clarity saw his personal knight Order be trained in an unusual style, voraciously bringing in knowledge and expertise from all over the Throne to be cataloged and collected. Aldrin von Fafnir began utilizing the Heidrich troops for special operations. The Order of the Inevitable Truth were unrivaled in battlefield tactics, their knight commanders able to lead even the most unlikely army to victory.

A diversity of opponents translated to a diversity of knowledge, and something had changed for Wolfgang after his brush with death. He wished to give more than bloodshed to the world and believed that a knowledge of warfare could, in fact, save lives. Lystadt became wealthy with hemp farms and there, in the Paper Keep, Wolfgang amassed an impressive library, which attracted scholars from as far as Sha’ra.

Coat of Arms: White skull with a tree growing from it over a black field
Maxim: Know your Worth
Home: Lystadt
Keep: Paper Keep 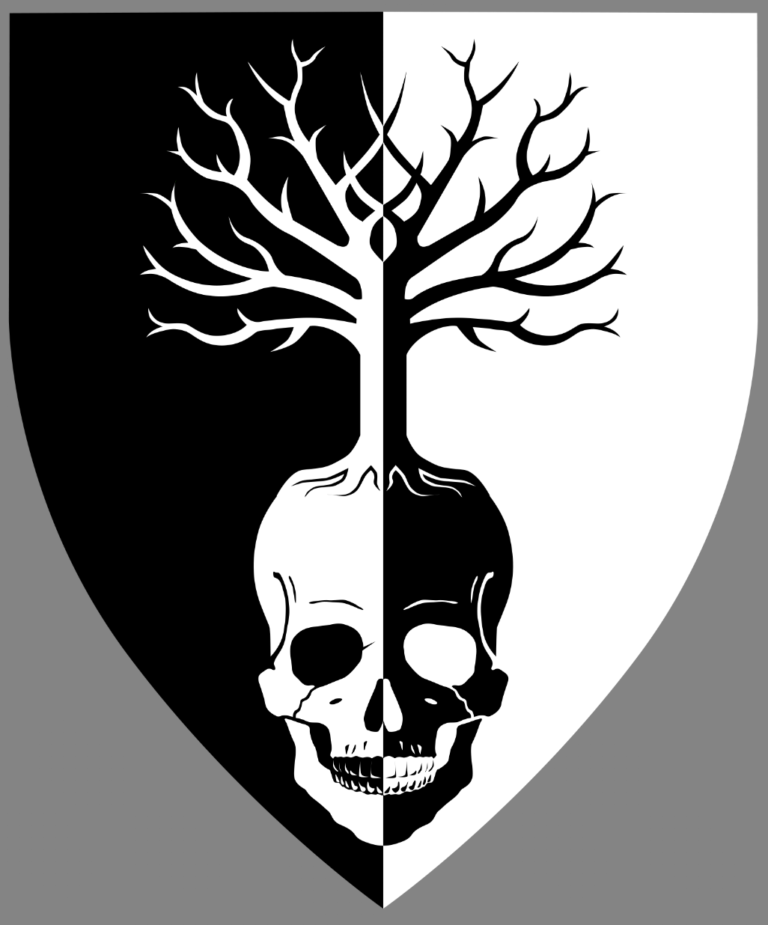