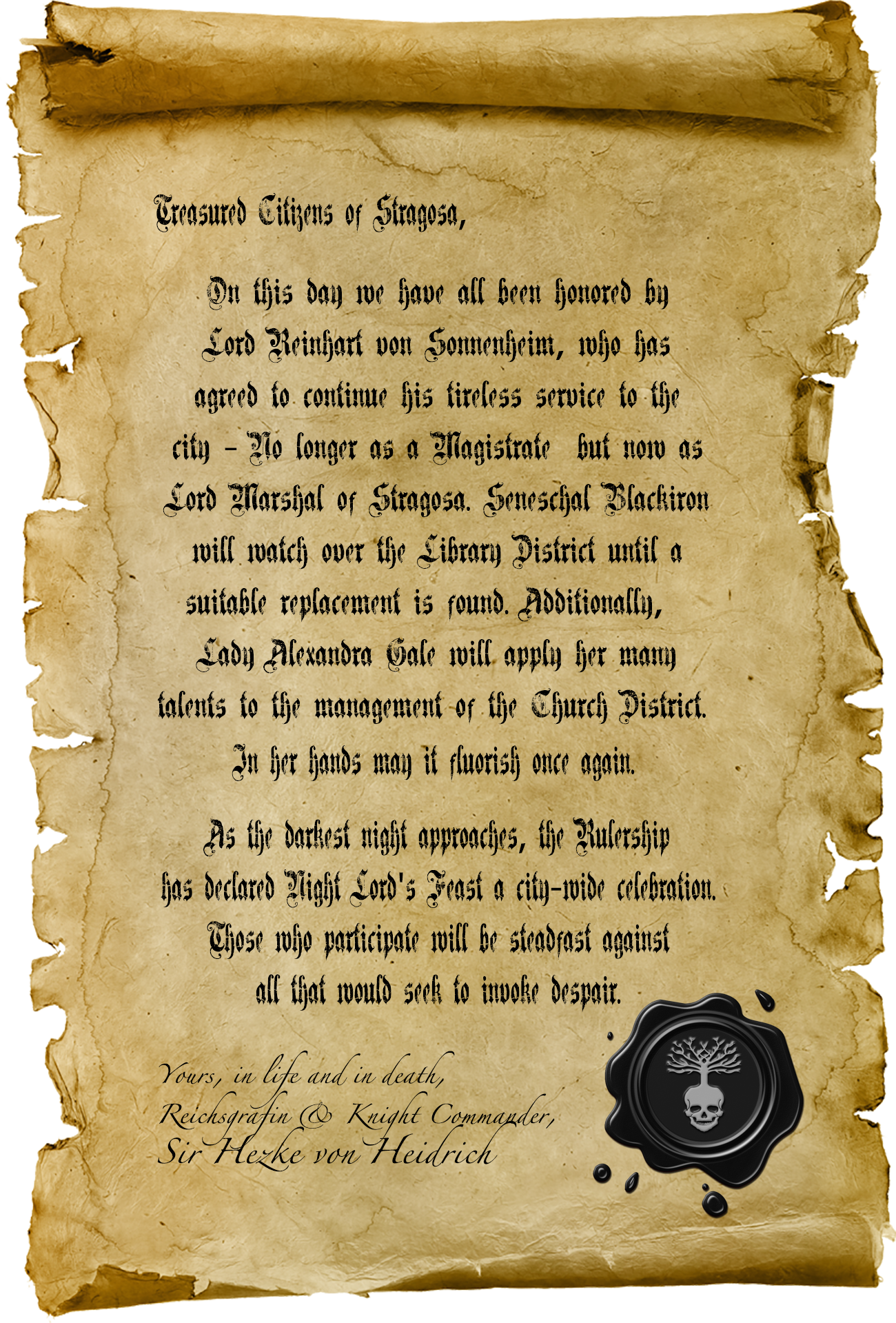 Celebrate a local or foreign holiday at the game event with the city’s blessing. Once celebrants take part they do not suffer Despair this event. 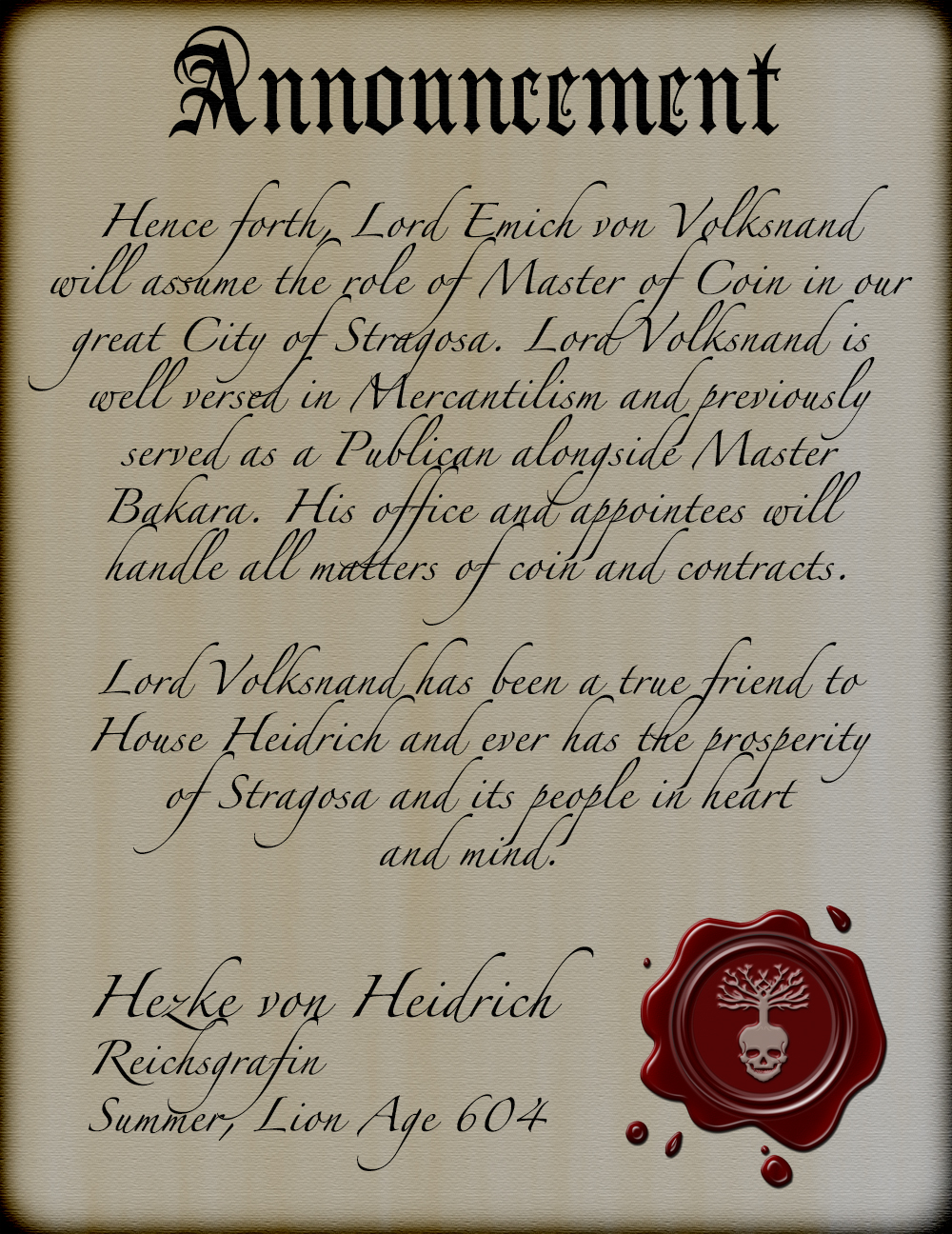 The day was overcast as it often is in the early spring days in Lystadt. The ornate coffin of Eberhard von Heidrich sat on display in the public square, arrayed with red roses and guarded in vigil by the Knights of the Inevitable Truth. Several commoners of the city surrounded his remains, bent in silent prayer. On horseback, Hezke von Heidrich, the only daughter and eldest surviving child of our former Sovereign, approached. She appeared especially weary, doubtless from days of travel. Even her muscular warhorse behaved with unease as she dismounted to receive the formal bows from the Knights of her Order. She handed off her mount and refused escort up the long stairs to the Paper Keep, which she ascended with great heaviness in her stride.

At the castle, the Herzog Sewolt von Fafnir, greeted Hezke, flanked by his retinue. He is an older man, but has bright, clear eyes and stands with the posture of a soldier. He offered his condolences and confided that Hezke’s father was a dear friend, and trusted confidant. He expressed how he has always valued the loyalty and trust of Heidrich, and respects Hezke as a soldier. He spoke at great length about legacy, future generations, his efforts to preserve the power and dignity of Fafnir, and his hopes for his eldest son and heir, Wernher von Fafnir. Lord Fafnir clasped her right hand in both of his for many long seconds, conveying much with his eyes before breaking the moment with a subtle nod. He and his companions exited the hall, leaving her to greet her mother and brother. The reunion between them was tender and even I struggle to put it into the words befitting.

In the morning, the funeral was conducted, and commoners from the entire city and surrounding villages turned out, packing the streets to get a view of the casket being carried to the chapel. On her journey into the church, Hezke looked no more rested than the day previous, but she carried herself with great purpose. After the funeral, the Bishop of Lystadt calls Hezke’s mother forward and offered the crown that Hezke’s father wore to her. She took it and then carried it through the streets in a procession towards the Paper Keep, flanked by Hezke and the Order. Upon a castle balcony that addresses the town square, a ceremony took place wherein Hezke was asked to kneel before Sewolt and he offered her the crown in exchange for her sworn oaths of fealty, which she made before the assembled crowd. Once the formalities concluded, she was flooded by various requests and appointments as the council attempted to learn her will and best execute her intentions in Lystadt after she returned to Stragosa.