The shudders of the house shake, a whistling wind passing by. She blinks her eyes as it quiets down again. A cold storm is due this time of year.

She closes her eyes, listening to the howls of the wind.

Her eyes open. The light peaks through the windows, “Florence, it’s time to get up.” Her mother stands over her, speaking calmly, “You must get ready or they will leave without you again.”
Florence looks over to the other two in the room; her father still shaking off the last bits of sleepiness while her brother paces about the room gathering the supplies for the morning hunt. She sits up and begins to get ready herself.

Florence rubs her eyes as she walks down the trail, a light dusting of snow spreads over the ground. She collects what is needed from the earth and then makes her way home.

The table is set up with vials and bowls, stems separated from their leaves, and powder spilt in miscellaneous places. Florence sets the new herbs on the table, it won’t be long till the town begins to stir this morning. She reaches up to tie her hair back and pauses- her fingers catch in a knot. Moving towards the mirror she grabs a brush and evaluates the tangles of her hair.

Her mother speaks her name as she slowly combs Florence’s mane, “Oh Florence.” The young girl holds onto her skirt, feeling the comb struggle and pull on her hair. Her mother puts the comb down, “I’m sorry love.” scissors replace the comb and Florence sniffles as she closes her eyes.

Florence stares into the mirror, a smile across her face as she sets the scissors down. Her hand traces her shoulders, up the neck and finally towards her shortened hair. “Oh Florence” she whispers.

-I should tell him.-

Stepping outside she snuggly wraps the scarf around her, feeling the brisk air of early autumn nipping at the town. She inhales and begins walking down the street- opening two jars, one empty and one full of rose petals. Grabbing a few petals she then places them into her mouth.

-Should I tell him?-

She chews the petals slowly and nods at those nearby. After passing Florence then holds up the empty jar and allows the tinted liquid to leave her mouth, swallowing the rest of the flower. As she continues her journey she would replace the petals and repeat the process, filling the jar with the rosey color. It is around this time of year she finds herself with less to do. The season of growth fading.

-I should tell him.-

Florence stops at the doors of a church and swallows the last bit of petals. She takes hold of the handle and walks inside. The room is warm and silent- few people are seated or kneeling in prayer. She quietly takes a seat on one of the empty pews and closes her eyes-mimicking those around her.

Florence stirs from her thoughts as a hand is placed on her shoulder, a priest stands before her. His tone is hushed as to not disrupt the prayers of others.

He gestures a finger towards the corner of his mouth tracing down his chin. She lets out a quiet, “Oh” and scrubs her chin with her scarf.

“Yes,” she whispers back at him, “a little bit of dye.” she points to the jar of liquid in her basket for him to see her truth. His gaze follows and he briefly nods, releasing her shoulder.

“Wait.” her voice is less of a whisper as the priest had already begun to move away. He halts and returns, “Yes?”

His eyes close as he bobs his head.

She stands from the pew and follows the priest towards the back room. Her hands clasped together- clutching hard at the handles of her basket. Knowing whatever she says will only alleviate some of her stresses but will never help her wicked guilt.

I wake every morning to a room covered in feathers of black and red.
The darkest of feathers remind me of home- a familiarity.
The red give me unease- they move freely alone, without consequences.

I still do not eat breakfast-
in hopes to hear you scorn me again.

While out on the Earth I feel it shake
A mother bear who has lost her kin- she has adopted me,
teaching me a lick of pain and protection.

I watched as that branch whipped my skin,
thinking it will harden like bark.

I still pick herbs– hoping–wishing to hear those voices again.
while they evade me, two friendly grass sprites encourage me.
And while I need no teachings- their kind words accompany me, smiles that are true.

I hope you are following-
you taught me everything up to here.

The tavern is full every night-
I myself have been caught dancing. So many offer their hand.
Only one holds a true beat. Asking me for trust in return of favors- allowing me to lead these rhythmic circles.

The wolf in the corner of the tavern asks me to watch them sleep
I accept- it’s claws dried with months old blood, the luster gone from its eyes.
“Do not worry Florence, they will be gone soon” he whispers in my ear.
The bear speaks with him often- they have adorn me with a fur coat of safety.

Many crowns have kissed my forehead
A radiate golden asking of honey- fitting for its sweet song
their right hand visits often, helping me to smile- I wish they would stay.

In their attic a great sword and beautiful necklace are displayed.
A necklace once worn gives a feeling of wine washing down the throat- it is pleasurable.
While the sword has on many occasions taken to my hand and led me home- it is honorable

Looking out this window I can see the two.
Siblings I envy who dance with great joy- smiles blessing their beautiful faces
A past memory of my arrival, not yet knowing how dark it can get here.
Two outside and one in. Is this fair?

But I will always return home,
A single empty glass with a bow around the stem decorated the table.
My first gift- I was hasty to drink it. Do I regret drinking it, or not drinking more.
There is a lust for it but the consequences deem too expensive for my shallow pockets.

Before I console my bed I look into the mirror,
An impersonal spade looks back- this is and is not me.
Could you believe that? Opposites sharing a reflection- is this my —–

The writing abruptly stops, “Hm?” Florence glances up and across the table.

“Florence.” Walt speaks, he sits directly opposite from her with his hand gesturing towards the table. The pen in her right hand drops as she reaches into her basket- 3 sealed pieces of parchment appear.

“Bjorn. Balthazaar. Two silver reward, each.” she passes the contract around the table and their meeting continues. 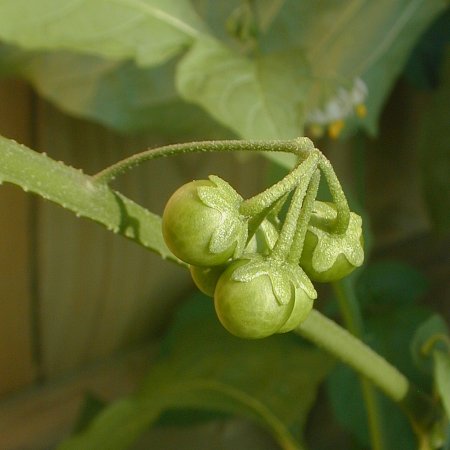 A small knock is heard from the door before it is answered and hidden words are exchanged. A young child with braids of coffee-colored hair sits at a table pulling the leaves off of stems, humming to herself as she does so.

“Florence?” The voice beckons her from the other room.

The girl removes herself from the kitchen and journeys towards the entrance of her home. She continues towards the standing figure with their back towards Florence. Her head peaks around her mother’s skirt, a young dirtied boy stands in the doorway.

A soft hand lays upon Florence’s head, “My sweetie, the neighbor wishes to play.” Florence shakes her head. Her mother pats Florence’s head before ushering her from behind her mother towards the door, “When Claude returns with your Father he will go out and play as well. Do not be shy.” Florence grips her skirt tightly and follows the child out into the world. Her eyes briefly looking back towards her home which shrinks as they move further.

“Let’s play Noble!” The young boy’s voice snaps Florence’s attention back to him. She remained silent. “I’ll be the Noble first.”

“Florence.” A stern voice greets her as she enters the dining hall. Prince Lothaire sits at the table alone, an empty chalice in hand. She makes her way to his side, lifting the bottle in hand to meet the lip of his cup. The berry colored liquid fills his glass and the scent of tart fruit circles around the two. She remains standing near him awaiting for him to dismiss her.

The doorway opens once more, a round wealthy looking man marches towards them speaking loudly, “My prince!” he takes seat near the Lothaire, “I’ve had some thought-” The man pauses as he eyes the bottle in Florence’s hands, “Are you going to stand there? Pour me wine.” She nods her head and retrieves a glass for the man as he continues to speak. After fulfilling his order he waves her away but she remains. His red face distorts, he opens his mouth ready to lecture Florence.

“She stays.” Prince Lothaire interjects. “She is a loyal servant.” His face remains still as he speaks inflecting little emotion as he speaks. The hefty man lets out a boisterous laugh and begins to jest with Lothaire of the servant before moving forward with business.

The young girl holds the rock in her trembling hand. She looks at the cluster of baby rabbits nesting in the grass. The dirty boy pushes Florence hard, and screams at her, “I am the Noble and you must do what I say. Or do you want me to tell on you?” he points to the hole again, “Throw it!”

Florence sniffles and hesitates before throwing the rock.

Florence’s hair was a short curled mess now, free of braids from her younger years. “No.” She grew into her voice, though still small compared to most. She hated the game, it was cruel and never fun for her.

“What if you are the Noble first?” When she was the noble he would always overthrow her after a few minutes. But she had no choice.

She led him to a quiet part of the woods behind her home and made him collect green berries. He held the berries out to her in a mocking bow.

“We leave tomorrow.” The Prince continues to pack clothing into the large chest. Florence stands near the door watching as he packs, “My Prince-” she waits a moment for his attention, “I want to stay.” She folds her hands together as Prince Armand raises from his position. He looks at her with a warm smile.

“My sweet Flower.” He nears her and she holds her breath knowing she has no hand in this decision. “Of course you may stay.” He lays a hand on her shoulder, “I want you to be happy.”

“Thank you.” she whispers, the pit in her throat dissipates. He was always different from the rest of them. He allowed her a choice.