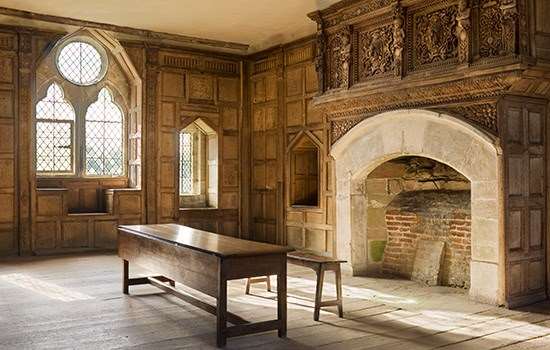 A Moment in the Conservatory

One time highwayman, Bastione Montcorbier sits upstairs in the Black Pistol Inn’s music conservatory. The room is lit only by a small crackling flame in the hearth and a handful of floral scented candles throughout.

The interior is sparse save a broad window which looks out into a night sky , a couple of guitars, two stools, and a Gothic child named Lev. Bastione plays a series of simple chords, and instructs his young student to do the same.

You’ve learned the eight elemental chords in little time. You’ve made your first break through in simple melodies, and I think you’re ready to perform something downstairs, Lev. What do you think?”

“I could, Maestro, but I don’t know what to play. Do you have an easy song I might try?”

“Of course I have, but the point of your instruction is to teach you to write songs and perform them. Happy to offer some guidance, chlapec but the performance is yours alone.”

“But what chords shall I play, and which order?”

Bastione leaned back in his chair and hefted a huge mug to his lips. The water was cold and Bastione half expected it to be ale, which made the first sip off putting.

“Choosing chords, and putting them in order is a song, isn’t it, Lev?”

“G major, A major and D major are good places to start, non?

“I know them well enough.”

“You know them better than well enough. That’s enough for today. You have work to do and I need a drink.”

“I will fetch one for you.”

“Kind. No need, I’m going downstairs to the taproom. Let’s see if we can’t find you some bread to take home, non?”

“Thank you, maestro. Might there be a tart or two available?”