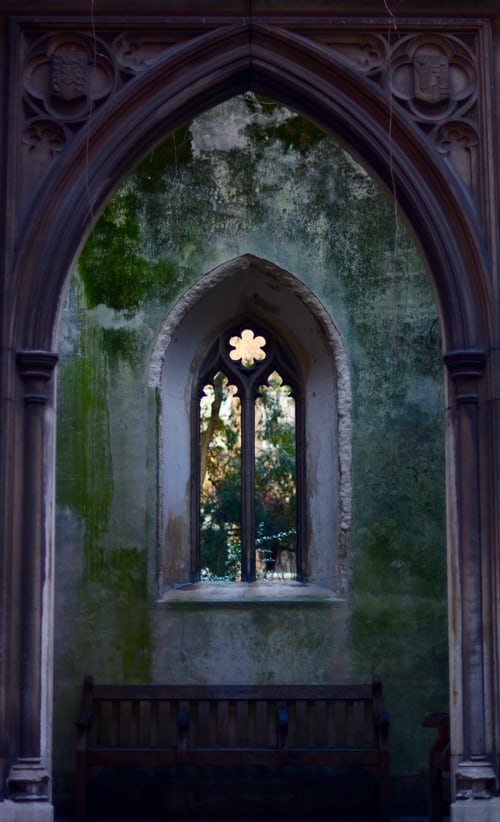 The Church of Humanity is both fundamental to Luisant and tenuous at the same time. Benalian heroes and saints are prominent in the town’s history and legend. However, there is a general awareness of “other” traditions and ways – and of how many townsfolk don’t attend Convocations and other Benalian rites.

There is currently only one priest in Luisant – Pere Clement. They openly espouse a hardline pacifist stance, discouraging conflict and encouraging cooperation. They are always busy tending to the small chapel, preparing for sermons and rites, and still finding time to speak with the villagers on matters both practical and spiritual. They rely mostly on volunteers to aid with such tasks. Perhaps someday soon, promising and devoted acolytes might walk the path to priesthood.

Convocations are simple affairs, focusing on community over formality. Local saints – from Luisant proper or the overall Lorassaint region – are frequently referenced, and have become associated with the town’s lineages and holidays.

The hold of the old ways is far stronger in Luisant than in most places. Vecatrans are still not openly welcomed – to advocate publicly for Vecatran worship invites serious problems, even danger. However, the facade over it is thin. Vecatran traditions have heavily influenced local holidays, even those embraced by the Lion’s Church. Gatherings in the woods are mostly unquestioned, and the wisdom of elders is respected. More information can be found in the Vecatran cultural packet, available to players building Vecatran characters. 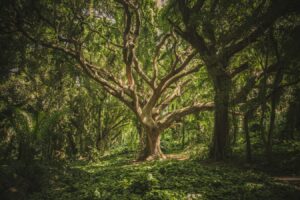 There are tales of the strange worship of the ice-dwelling Njordr and their opposites, the Shariqyn of the desert heat. These are greatly embellished and mostly conjecture. There are no representatives of those faiths in Louisant. The Triumverate is known as an evil force, whose worshippers are supposedly monstrous creatures that might be somewhere in the forest. Benalian and Vecatran alike are wary of such things.

The incursion into the body of Chiropoler that would make Francois Marseilles king and dethrone the Witchking himself once and for all took place near what would later become Luisant.
The strike team was small, every one of them carefully selected. The core was a group of seasoned warriors; assisting them was a group of supporters, necessary for the long campaign. Every member of the team was a volunteer. The team knew the risk was extraordinary, but were placing their faith in God to achieve success.
All their lives but that of Marseilles’ were claimed by the overwhelming horrors within Chiropoler.
They are revered as saints and heroes throughout Cappacione, but the people of Luisant have a special devotion to them, and many proudly claim that their ancestors met the Saints personally.

Look beyond and within. They may conjure lies, but the Light of God pierces all.

Intelligent and strategically oriented,  Eliphaz had great gifts of vision and subtlety from Cyaniel.  He was one of those who entered the Chiropolis itself, where he served as a real-time analyst and helped them react quickly to the ever-changing situation as they pushed into Chiropoler’s body.
Later into their mission, Eliphaz was separated from the others and died fighting against Chiropoler’s internal defenses.

Hearken in the quiet, for the voice of God speaks in silence.

The commander of the incursion, Mael was selected by mutual assent – the oldest, most experienced, and considered most strategically savvy. Mael was reserved and soft-spoken off the battlefield, preferring to observe and listen in most situations.
Mael is said to have died heroically, sacrificing himself in the end to ensure that Marseilles could reach the final heart and slay the Witchking.

I am not alone; for wherever there is even one human, there is God – and the presence of God is greater than an army.

Gabrielle was the moral and spiritual center of the attack, revered by her comrades as a woman of great inner strength and compassion. The exact circumstances of her death in the depths of Chiropoler are not known, but it is certain that she died a martyr’s death, proud to the end.

She is known as Saint Gabrielle, Gabrielle the Defiant, and Gabrielle of Perseverance. As a saint, she is associated with perseverance in the face of adversity, and with decisive action against overwhelming odds – traits she had in her life.
Gabrielle is now associated with the holiday of The Longest Night.

When you see a need, look to its root; for like a weed, suffering returns unless it is drawn out from the source.

The town of Lemeg, somewhere in Gotha, is now lost to history; it lives on only in the story of Harwara. She was raised as the daughter of a wealthy family – one who gave obeisance to the Witch-Kings, served them dutifully, and was given riches as a reward. Unknowing of the cruelty of the Witch-Kings, she was a spoiled and arrogant youth, believing the lie that people like her were better than the “common rabble” and disdaining the poor and enslaved. Seeing the cruelty and falsehoods behind her family’s wealth, Harwara deserted them, and sought to help those who she had formerly oppressed She labored tirelessly to build and give to those who had less than she.
She later joined the Ordo Croix, and while she was not the best fighter or the wisest strategist, she had a generous spirit and a tireless desire to labor for the good of all.
Harwara is now associated with the holiday of Noblesse Oblige.

“The shine of gold is naught but mud, compared to the smiles of my brethren.”

“Work is easy; it is sloth that tires the soul.”

“Better an empty stomach and a full heart than the other way around.”

Derrall is remembered as a peace-maker, a man who took to heart the principle of redeeming and aiding others who had not yet found their way.  He advocated the idea that all will eventually recognize the light of God without the need for violence. Dozens of sayings are attributed to him, including common idioms such as “catch more flies with honey than vinegar”.
Derrall is now associated with the holiday of Lune Croissante, the Waxing Moon.